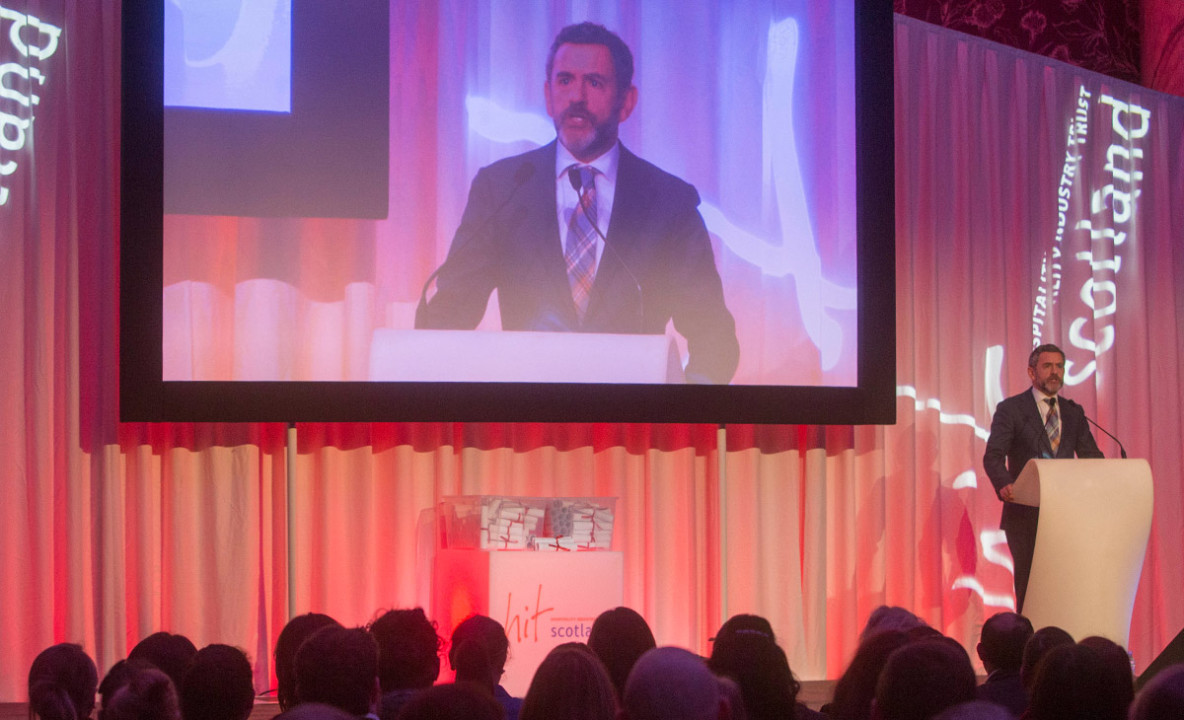 With over 360 delegates in attendance at the 2016 Emerging Talent Conference, Glasgow’s Grand Central Hotel was positively buzzing today.

The Scotsman’s Stephen Jardine was an inspiring host (his fifth year in a row in that role – we think he rather enjoys it!) as he introduced the day’s keynote speakers – boxing gold medallist Charlie Flynn; the Queen’s Head Chef, Mark Flanagan; and Glasgow restaurateur, James Rusk. From Charlie’s demonstration of how to throw a good punch to Mark’s tips on how to apply for a job in Buckingham Palace and James’s story of his rise and rise from ‘coat-check boy’ to owner of three highly successful restaurants, attendees were kept engaged and highly entertained from start to finish.

The conference theme, The Building Blocks to Success, was further delivered through a selection of workshops led by key industry figures. Delegates could attend up to three workshops during the day and had the tricky job of choosing between Ros Taylor of Just Leadership; Peter Neville Lewis of Principled Consulting; social media guru, Stephen Whitelaw; Glasgow Airport’s head of HR, Craig Martin; and Scott Gemmell, MD of the LA Group and Liquid Academy. With workshops addressing a wide variety of topics, ranging from effective decision making and principled leadership to the value of effective recruitment processes and employee benefit programmes, there was something for everyone – important for an event attended by students, emerging talent and established industry professionals.

Delegates were also able to chat to various exhibitors from the hospitality industry and the day ended with a presentation of over 150 HIT Scholarships to help individuals expand their skillsets and further their careers.

Judging from the feedback, the event was a resounding success once again. Roll on 2017!